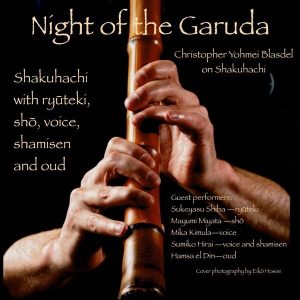 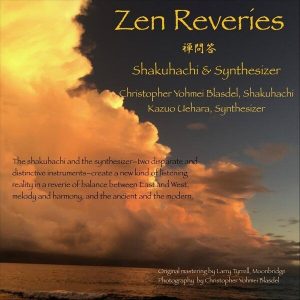 Since it has been long out of print, I have reformatted “The Single Tone—A Personal Journey into Shakuhachi Music” into an e-book format, and it is now offered on Amazon for Kindle, I-Pads, I-Phones and other electronic devices. It is also available on Apple E-books.

“The Single Tone” is both an autobiography and a guidebook: a coming of age story woven into a study of Japanese music, told by an expatriate American in Japan, where I lived from 1972 until 2016, studying, performing and teaching shakuhachi and Japanese music.

I wrote the original Japanese version to provide an outsider’s view of the Japanese society in a style and voice that would interest the average Japanese reader. It must have struck a chord with its intended audience, because it was awarded the prestigious Ren’nyo Award for non-fiction and published by Kawade Shobō Publishers in Spring, 2000, selling out soon after publication. The English version, first published in 2005,  is a close translation of the Japanese, with some minor additions and clarifications of circumstances, situations and cultural contexts that might not be apparent to the non-Japanese reader. In the brand new E-book version, I have have added a few more photos and exchanged most of the black and white photos of the print version with color photos. The cost is $9.99. (By the way, someone is selling used copies of the print edition on Amazon for over $50, so make sure you access the Kindle version page.) You can order directly from Amazon here. Or Apple Books here.

Some of the comments for The Single Tone

“Shakuhachi music is honest, profound and beautiful. Blasdel has the passion and spirit that embodies these characteristics and is a pioneer who faces both the Japanese and world community in order to invite others to participate in this extraordinary music.”
Yokoyama Katsuya, shakuhachi performer (1934-2010)

“In The Single Tone, Blasdel explores the contradictions inherent in the study of traditional Japanese music by an outsider. He demonstrates that humanity supersedes even the strongest cultural barriers when philosophy and love of music are the guides.”
Brian Ritchie, bassist for Violent Femmes, shakuhachi performer

“Blasdel’s love and passion for the shakuhachi permeate the work, but the most interesting thing about the book are his observations on the Japanese culture.”
The Asahi Shimbun Newspaper, Tokyo